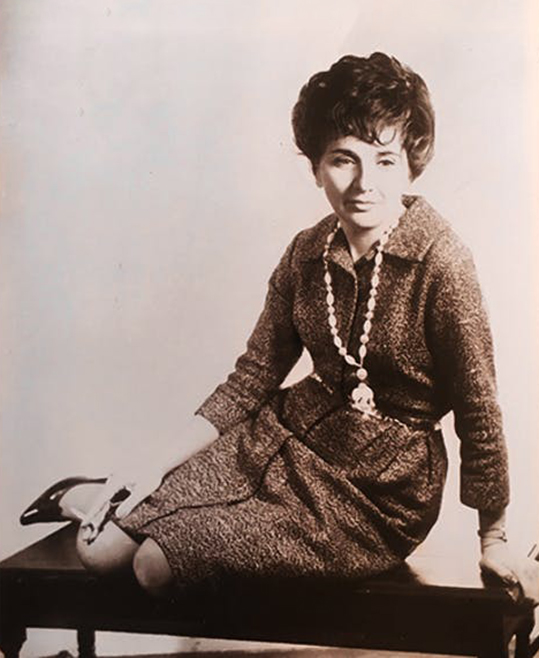 When the poet George Szirtes returned as an adult to Budapest, the city of his birth which he had left as a child with his family in 1956, he experienced what became an abiding fantasy. He imagined his mother returning to the family flat but, instead of sitting down in a chair, she carried on walking through the wall until she emerged as a plaster statue.

“At that moment I realise… that Budapest is absolutely crammed with statues that were once people, people who had simply walked through the walls and become stylised allegorical figures, that this was their fate, hers, and mine too, come to that.”

This exquisitely told memoir is crammed with similarly evocative and occasionally deeply unsettling images. As Szirtes carefully peels back layers of history, he brings his mother not exactly back to life. As we learn in a dramatic opening chapter she had taken her own life (an overdose) and the ambulance rushing her to hospital was involved in a crash so she died, aged 51, at a road junction. But he offers us various fragments of her often painful life, putting them together not always gently but honestly and in so doing, he hopes, to heal the wound that was her life and her death. It is only at the end that we have all the pieces, or, at least, as many as Szirtes himself has to share with us. By telling the story of his mother’s life backwards, finishing with a creased photograph of his mother as a sturdy two year old in a white romper suit and big bow alongside her beloved brother, Dezső, Szirtes has performed a sort of conjuring trick. He has conjured Magda (we learn her name only half way through her story) back onto the page and compares the process to imagining a diver emerging feet first, dry legged, to land back on a high diving board or rewinding a spool of film, appropriate since his mother was a photographer. The technique works surprisingly well with the suspense (intense for this reader) deriving from a desperate need to know: after surviving so much, what finally drove her to suicide?

Magda (née Nussbächer) was an ethnic Hungarian born in Romania who went to Budapest aged sixteen to be apprenticed to the great Hungarian photographer, Károly Escher, one among many Hungarian masters of the art. She was also Jewish, something she fiercely sought to hide from her sons in the hope they would be spared what she had endured.

She was beautiful, perfectly proportioned and elegant, all things the son had not appreciated when she was alive. She cared about clothes and how one looked. Szirtes looks at his mother unflinchingly, at one point accusing her of being manipulative and describing an occasion when she hit him for not applying himself adequately to his homework. For this is a book as much about the psychosis of a woman as the psychosis of a crazy world about to enter a war, he explains, not simply a memoir but a hybrid of history and biography interspersed with photographs, poems and several standout moments. In 1955, just before the birth of her second son, Magda was dancing in the snow in a silent city from which they fled a year later, in 1967 London, following an operation, an unknown David Bowie is sent as a cleaner, often Magda worked with intensity retouching faces with a razor blade, sometimes deleting a whole face.

But the bleakest moment comes at the end of 1944, an exceptionally harsh winter, when Magda was deported to Ravensbrück, which he says he did not feel entitled to enter on her behalf. Early in 1945 she was then sent to a subcamp at Penig, where she fell sick. Amazingly, since she had been seriously ill with rheumatic fever as a child which fatally weakened her heart, she survived through superhuman will power and the ‘luck’ of being in the sick bay at the end when the Americans arrived to liberate the camp. Although Szirtes tries to understand this feat of endurance, he refuses to reduce his mother’s full life to what happened in those unimaginably awful five months. But he recognises that, of course, she had been fundamentally altered and became bitter about humanity in general when she discovered after the war that all her family had been killed.

How much can one extrapolate from a handful of snapshots? Quite a lot it would seem. Yet, as Szirtes tries to imagine his mother as a young girl, he writes: “I imagine her eyes, her imagined eyes, full of tears. You are imagining again, she says. You keep inventing me. Inventing is lying. Are you lying to me?”

In the acknowledgements Szirtes thanks his quietly heroic father, László Szirtes, the long suffering dutiful husband whose real task in life was to look after Magda and who, according to the son, really deserves to be the central character in his own story.
But this one is about Magda, wife, mother, sister and artist, a woman who emerges from these pages as intense, melodramatic, self-aware, but also deeply loving towards this son whom she described as her squirrel, her consolation. In one among the handful of letters she wrote him when he was a student in Leeds she explained that she had sent him a cake, which she hoped would not be too stale on arrival. Heartbreakingly she wrote: “You know I can’t bake but I tried my best to be able to send you a cake like a real mum.”