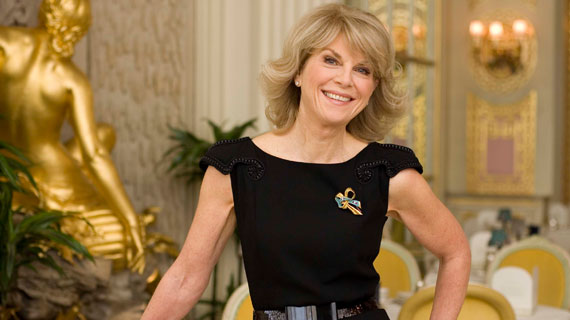 So Elizabeth Taylor has finally gone. I met her only twice but both occasions were unforgettable. In 1972, I was a junior reporter for Reuters in Rome and the bureau sent me to doorstep the restaurant where she was having dinner to ask for news of the latest apparently violent split from Richard Burton. Would they make it up? I dressed in my finest and the Maitre D.allowed me in, while a queue of male reporters was left standing outside. Miraculously, La Taylor then invited me to take a seat on the banquette next to her and was so utterly charming that of course, aged 20, I found my tongue completely tied. How could I possibly ask such a woman whether she was going to kiss and make up? We chatted, I think, about the weather, the food, and the film she was making but not the story that the newspapers wanted. I wafted out of the restaurant mesmerised after my proximity to a legend and of course completely unaware of the rocket I would get from the office the next day for my failure to plunge the knife.

Ten years later, writing the biography of Enid Bagnold I went to interview Taylor again, this time to talk about the film in which she shot to fame, National Velvet, as Enid had written the book. Once again I was overwhelmed by her charm and the power of her extraordinary beauty. This time we had a real conversation about how desperately she had wanted the role of Velvet as soon as she had read the book. I loved the part because Violet was an extension of me, she told me. I already rode every morning and I knew how to jump. Young Elizabeth, who until then had appeared in Lassie Come Home but little else, became an instant star when the film came out. Enid complained about the way Hollywood had recreated Aintree complete with Palm trees. But this wartime feel-good movie, released in January 1945, lifted a nation weary from war and lifted a young girl into celebrity status from which she suffered for the rest of her life. It also made Enid Bagnold, who died thirty years ago this month, quite a lot of money as well as fame .